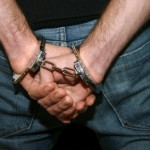 The Contractors State License Board conducted the operation to spotlight the severe risks California consumers take when they hire unlicensed operators to work in and around their home.

Consumers often don’t realize the risk they run when hiring someone who is not licensed. Because these phony contractors don’t carry workers’ compensation insurance, the homeowner could be liable if a worker is hurt on the job. Also, if something goes wrong or the project is abandoned, homeowners have few options for getting back their money.

“Consumers must check out the people they’re going to hire to work on their home to make sure they’re properly licensed,” said CSLB Registrar Steve Sands. “A family’s safety or finances could be jeopardized by not taking a few minutes to verify the contractor on CSLB’s website or through our toll-free phone system. We hope this blitz is a wake-up call for consumers to check the license first.”

Of those arrested statewide, some were registered sex offenders and others had warrants for arrest on suspicion of burglary, domestic violence or driving under the influence. (None of those cases were in San Diego County.)

The San Diego County operation received support from the District Attorney’s Office, the Sheriff’s Department and the California Department of Insurance.

Investigators from CSLB’s Statewide Investigative Fraud Team posed as homeowners or landlords, asking for bids on projects that ranged from landscaping, concrete and fencing to painting, gutters, garage doors, cabinets, tile work and tree trimming. Those who bid more than the legal limit of $500 for labor and materials received a notice to appear in Superior Court on suspicion of a misdemeanor charge of contracting without a license.

Other charges included illegal advertising and soliciting excessive down payments.