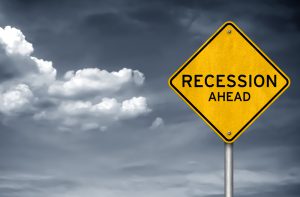 Recessions happen, and it’s hard to tell when one is going to arrive. Recessions aren’t quite the same as an economic downturn, which occurs at least once every few years in the U.S. Construction can be one of the hardest-hit industries during a recession, although that’s heavily dependent on the region and the severity of the economic problems. Experts tend to watch for certain signs as indicators that a recession is likely, and you should, too. Here are five to keep an eye on, so you have a sense for what may be ahead.