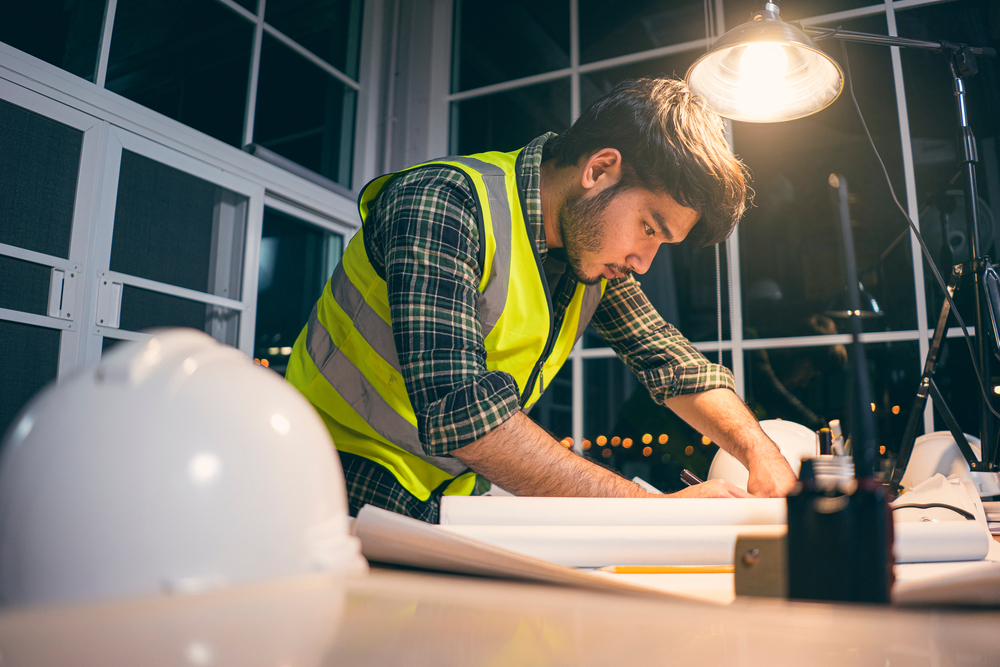 Early to bed, early to rise, they say. Except it doesn’t work out for everyone. When you’re in a field that prizes being awake with the roosters, being a night owl can feel like an occupational hazard. But it doesn’t have to be. If you like to burn the midnight oil, here are five things you can do to take advantage of your focus in preparation for the contractor licensing exam.

Embrace Your Sleep Schedule
One problem with living in a world that starts early is that you may end up running a longer clock than most people do. If you have the flexibility, embrace your sleep schedule. Allow yourself to sleep in when it makes sense to do so, as much as you can. The best thing that you can do for your routine is to find a schedule that you can keep. If you’re consistently waking up at nine or 10 and staying up until midnight or later, your body will adjust to it. This will give you the advantage of a full night’s sleep, which can make those later nights more productive.

Prepare in Advance
On the upside, staying up late to do your studying gives you the advantage of a quiet house in a generally quiet world. As people pack it in for the day, you’re less likely to be bothered. However, this might also mean that you have less access to people to ask questions or get help setting up your study environment. Take time earlier in the day to figure out what you’re going to need, so you can have it ready to go once the late evening hits. This removes potential obstacles to your studying, with the added benefit of outlining your objectives for the evening.

Find a Rhythm
Everyone has times when they feel like they can generally be more productive than others. Doing it a different way doesn’t make it incorrect or ineffective. In fact, by identifying the times of day when you are most likely to achieve your goals, you can target your most important work for those times. People who try to live on someone else’s schedule often find that they don’t thrive in it. By comparison, finding your own rhythm gives you the greatest chance of success. Just make sure that you build a habit in the first place, so that it feels more natural to start working late, even as everyone else is winding down.

Snack for Learning
There are tons of advice guides telling people what they should be eating when they first wake up in order to have a productive day. There isn’t as much for people who get their most productive periods 10 hours after they wake up. Fortunately, the foods that get people going in the morning will usually work at night as well. It’s tempting to go for mindless snacking on carbs after dinner. But if you want to focus, try to give yourself a combination of protein, fat and complex carbohydrates. This balance can help you feel satisfied without giving you a huge boost of energy and a crash shortly after.

Avoid Burning Out During the Day
The thing about trying to study at night is that you’ll probably still have commitments that you have to meet during the day. People who do well staying up late are still at risk for burning out as the day wears on. Unless you’re a person who thrives on six or seven hours of sleep, and most people aren’t, it’s best to pick your battles. Set a schedule that doesn’t require you to do as much first thing in the morning, if you can. Take a break for an hour or two in the afternoon, to help you switch gears. That way, you get to the evening feeling reasonably refreshed and ready to hit the books.

Studying what you learn is the best way to prepare for the contractor licensing exam. To find out how our classes can help, visit CSLS today!