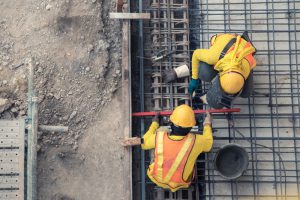 Finding toxic waste or hazardous materials isn’t the only disturbing thing you might find as you dig into a construction site. In many parts of the country, people start work on a construction project only to learn that it was a sacred burial ground long ago. There may be laws you have to follow when you discover such things, especially if they involve human remains. Here’s a few tips that will help you keep your head and your project on schedule.

Consider Testing Before You Dig
You can often avoid a lot of problems simply by doing some research in advance of the project. If you’re subcontracting, you might not have as much say in the process before you start. Otherwise, consider getting a sense for what might be under the surface. Soil testing helps to reveal possible contaminants or toxins that could cause problems once they come out of the ground. If you’re worried that you might be disrupting an old graveyard or burial ground, look at old surveys of the property. You might even be able to see old pictures to give you more information.

Research Local Rules
In California, this practice is common enough that there may be state and local guidelines in place to guide your actions. In September 2019, workers participating in a project to widen the 405 in Orange County found remains they believed to come from Indigenous Americans. The law dictates that they were unable to release information about the location or what they found except to local authorities. Investigate state laws concerning finding human remains, and see if the city or county has a task force that helps to handle the situation. This will help ensure that you can manage things without making yourself liable.

Create a Plan of Action
No one expects to dig into the ground and find bones unless they’re working in a field like archeology or anthropology. This means that you and your employees might be surprised or even shocked by the presence of remains. It’s best to start with a plan of action. Tell your employees that if they find remains, they should:

This can happen in almost any part of the state. Dry areas can preserve bones for millennia, which means that you may have no idea what is lurking beneath 10 or even 15 feet of dirt.

Avoid Disturbing the Site
Really old remains look quite different from bones of those who died a few years ago. Besides that distinction, you may have no idea exactly what you have found. That is why you should leave it alone as soon as you find it, until authorities have a chance to investigate. It may not be human remains. It could be a burial ground. It might be evidence of a crime. Leaving the remains as they are allows investigators to determine the most information, including whether or not they should do additional digging to search for other remains.

Keep Information Discreet
Once you’ve alerted the authorities, it is not necessarily obvious what will be the next course of action. You may need to let the client know that there has been a delay, although local guidelines will determine how much information you can give them. Officials usually like to keep these finds quiet at first, as a way to avoid further disruption of the site. Although it may be difficult not to go rushing to the newspapers with the story, you may find it makes sense. For your own workflow, you don’t want a flood of tourists arriving to traipse through your worksite once you get clearance to continue.

There are lots of things hiding under the surface that you might not know about. Research in advance can help flush out a few possibilities, but you won’t know everything until you dig. Making a plan helps you avoid finding more than you bargained for. To dig into a construction career you’ll enjoy for years to come, visit CSLS today!