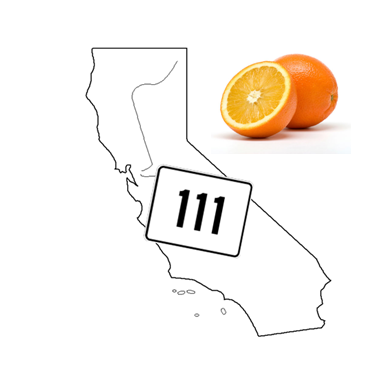 CSLB reported the California Blitz stung 111 for unlicensed contracting.
SACRAMENTO – The Contractors State License Board’s (CSLB) fall “California Blitz” puts a glaring spotlight on the importance of making sure contractors are properly licensed before allowing them into your home. A total of 111 suspected unlicensed contractors were arrested during the two-day statewide undercover operation on October 20 and 21, 2010. Three of those arrested, including a convicted sex offender, went to jail.

During the Blitz, investigators from CSLB’s Statewide Investigative Fraud Team (SWIFT) posed as homeowners or community organization volunteers, asking for bids on projects that ranged from swimming pool repair to painting, landscaping, and tree trimming. Those who bid more than the legal limit of $500 for labor and materials received a Notice to Appear (NTA) in court for a misdemeanor charge of contracting without a license. Other charges included illegal advertising and soliciting excessive down payments. State law also requires contractors to put their license number in all forms of advertising. Those who are not licensed can advertise and do jobs valued at less than $500, but their ads must state that they are not a licensed contractor. Also, it is illegal to ask for a down payment greater than 10 percent of the contract price or $1,000, whichever is less. There is an exception for about two dozen licensees who purchase special bonds for consumer protection. Those exceptions are noted on CSLB’s website.

Three people were booked and taken to jail on outstanding warrants in West Sacramento and Placerville. Mardardo Flores, 31, of Woodland, was booked on a no bail warrant for violating probation by failing to register as a sex offender. José Antonio Anguiano, 28, of Sacramento, went to jail on a no bail warrant for felony domestic violence. Carl Borrowman, 47, of Placerville, was booked on a warrant for felony fraudulent use of a contractor license number (for contracting on a license that CSLB revoked from him in 2000). Since 2005, state law has required that applicants for new licenses or those changing their classifications submit fingerprints for criminal background checks.

“This Blitz is a wake-up call for all California consumers,” said CSLB Registrar Steve Sands. “You must check out the people you’re going to hire to work on your home to make sure they’re properly licensed. Your family safety or your finances could be jeopardized by not taking a few minutes to verify the contractor on CSLB’s website or through our toll-free phone system.”

Consumers often don’t realize the risk they run when hiring an unlicensed operator. Because these phony contractors don’t carry workers’ compensation insurance, the homeowner could be liable if a worker gets hurt on the job. Also, if something goes wrong or the project is abandoned, homeowners have few options for getting back their money.

The goal of CSLB’s twice-yearly blitz is to educate consumers about potential dangers of hiring phony contractors, and to encourage people who want to work in the construction trades and who qualify to get their contractor license to comply with California law. Local prosecutors and law enforcement agencies, as well as the California Department of Insurance, Department of Industrial Relations, and the Department of Homeland Security’s Immigration and Customs Enforcement assisted CSLB with the Fall Blitz. “The Yolo County District Attorney’s Office is always anxious to work with other agencies to ensure compliance with the law,” said Yolo County District Attorney Jeff Reisig. “We’ll make every effort to get these people into compliance and to ensure the public is safeguarded.”
In addition to the stings, CSLB investigators, along with investigators from the Department of Industrial Relations and Department of Insurance, also conducted sweep operations at construction sites in Solano and Riverside Counties. These sweeps were to verify that contractors were properly licensed and carried the necessary insurance. A number of citations were issued to contractors for not carrying workers’ compensation insurance.

Visit MakeMeAContractor.com to learn how to avoid the CSLB Stings by earning a valid Contractors License.